Every year, I tell myself that I am going to devote more time, energy, and attention into my personal website, and without fail, I fall short. Every. Single. Time. 2019 will be year, I swear….. Anyways, as the year comes to a close, I wanted to take a moment to recap these past twelve months of travel, which have given me some of the most exhilarating, educational, and introspective moments of my life. Here’s a recap of what the world had to show me in 2018.

Woke up in Braunschweig, Germany, on the morning of January 1st, which was a good foreshadowing of the travel-filled year to come. Hit Berlin and Prague with my best friend, the latter of which I found much more interesting than the former. Lots of Christmas markets, fried food, and more beer than I physically knew that I could fit into my body. Ended the two week voyage in Paris, where most of my European trips usually begin and end. 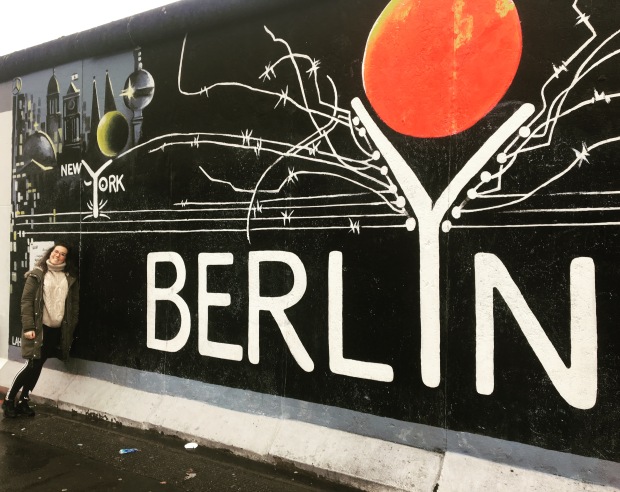 Came home for two days and made it to the West Coast– which, although they say ‘best coast,’ is entirely false– for the first time. Checked out the touristy sites of San Francisco, ate a lot of bread and tacos. Drove to Monterey, the Big Sur, and Carmel by the Sea, which were beautiful. There is truly no drive like the Pacific Coast Highway (no, of course I personally didn’t drive. I’m from New York. We don’t do that.) 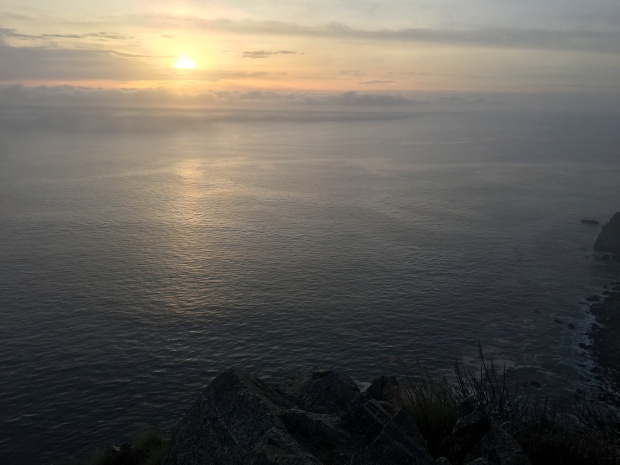 Left at 5AM on February 1st and went back to California, though this time, hit Santa Monica and Venice Beach. I don’t actually feel like I saw much of Los Angeles, aside from a quick walk up Hollywood Boulevard, but Venice was the California of my dreams. Shopping, snacking, and sipping coffees on Abbot Kinney Boulevard, sunny beach days in February… I’ll take it. Also, Disneyland may have happened. 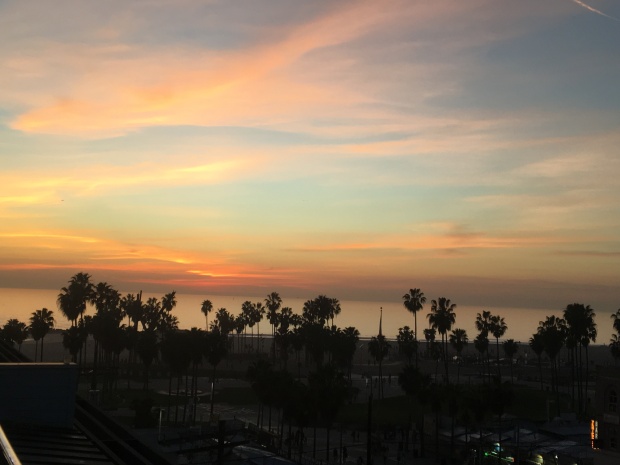 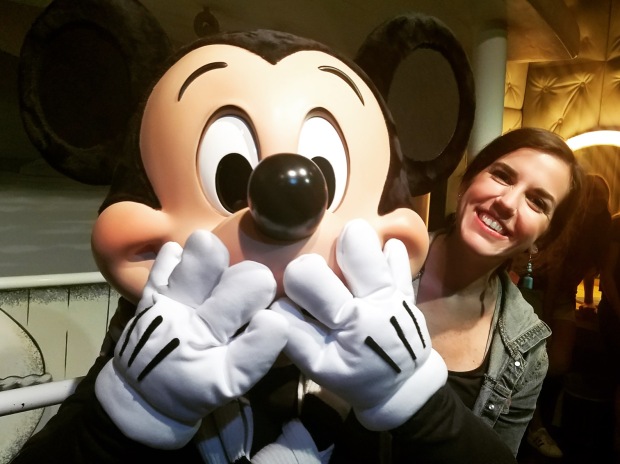 Home for two weeks, then off to South America for the first time, which was incredible. First, to Chile: the graffitied streets of Valparaiso, Maipo Valley, and a slew of winery visits, followed by a flight over the Andes to Argentina. Met my (now) dear friend and inspiration, Dr. Laura Catena, who continually cheers me on and remains one of my biggest fans (and I, hers.) Best of all, I met my stepmother’s family, who embraced me as one of their own. The whole family came to see me and my tour group off at the airport. Yes, there were bucketloads of tears. 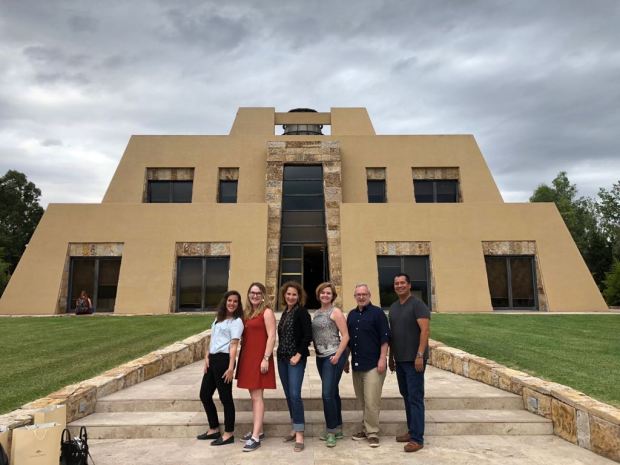 Checked back in on my home for a week (it was fine) and made it back to Paris. Stayed in the apartment that is made available to me on the border of the 10eme and 19eme, a neighborhood with which I’ve deeply fallen in love with. Finally made it to the Picasso Museum.

View from the 10eme

Flew to Barcelona for the first time with my good friends Zach Groth and Matt Kaner. Ate tapas and drank cocktails by the sea, to the most incredibly blue-toned sky I’d ever seen. Explored the city, went for some good runs, then hit a press trip through Penedes and Rioja. FYI, executing a tapas crawl as a vegetarian isn’t as impossible as it may seem, though you definitely will drink more than you eat. Came home two days before a group of Georgian winemakers were in town and enjoyed an insanely unseasonable snowstorm together. 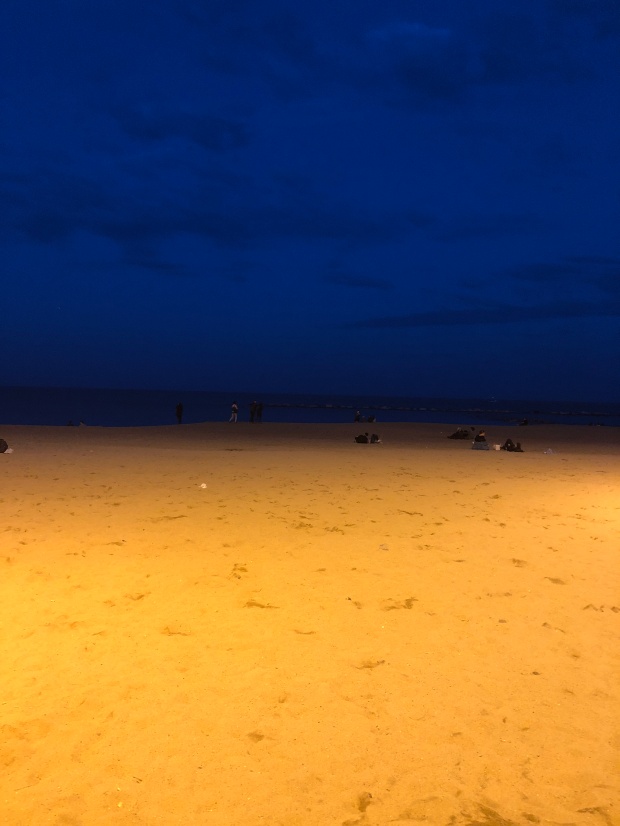 Flew to Paris on the 9th and stayed in the 11eme for the first time in a dreamy, fourth floor loft, perfectly situated within a quiet impasse. Found one of my new favorite coffee shops in the city. Flew to Georgia and road tripped to Vardzia. Planted my very own vine, in the vineyard of two rather reputable vignerons. Foraged wild asparagus and pressed my body into the arms of someone who has changed my life more than they probably realize. Ate the best food I’ve ever had in my life and saw scenery that quite literally stole the breath out of my lungs.

Came back to Paris and wrote a lot. Flew to Toulouse and visited the Languedoc for five days. Ate a lot of weird food and endured a lot of small talk, made better by sneaking away for beers (on multiple occasions) with Caroline Coral and Clive Pursehouse. Discovered the passion-fueled, tiny winemaking projects of Olivier Ramet and managed to convince him to give me a bottle of his Idiot Merlot. Discovered that the Montpellier airport has an outdoor patio and have never wanted to go to another airport since.

Went back to the West Coast two weeks after returning from France, this time to Washington and Oregon. Realized that Seattle is super fun, Portland is highly overrated, and the former definitely trumps the latter, no matter what artisanal coffee sipping hipsters will tell you. Met my dear friend Alana Tielmann on said trip and life has never been the same. Went on a wine-induced dune buggy ride that I still cannot believe I lived through. Rode in the back of a pickup truck with a beer and winery dog. Came home and went upstate to Tannersville for Memorial Day Weekend. Had an amazing meal and tons of delicious wine. Drove through the woods in a golf cart and witnessed chickens eating leftover French pastries for breakfast. Let them eat… pain au chocolat? Weird. 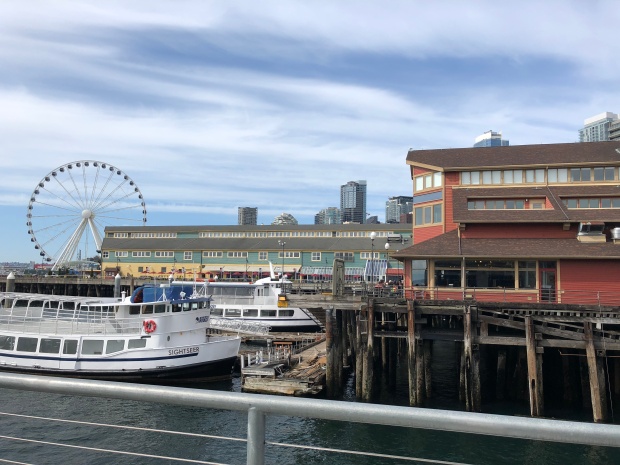 Back to Paris, as per usual, just in time for my birthday, where I’ve spent the last five out of six of them. Played pétanque for the first time and went to a bunch of great bars. Headed to Bordeaux a few days later and ran around with my girl Erin Scala. Spent lots of time at Le Flacon, the city’s best wine bar, hands down. Watched fireworks, met some passionate, interesting winemakers, ran along the Garonne. Had one of the worst hangovers of my entire life, only to discover that the airport sold PEPSI and not COKE (in France????) I cried actual tears and somehow lived to tell the tale.

Went to San Francisco with Dustin on the 28th, three weeks after the opening of our West Coast (Verve) location. Ate a lot of tacos.

Woke up in SF, yet was Sonoma bound. Brunched with Laura Catena and saw her gorgeous home. Checked out the Scribe Hacienda and finally met Pax Mahle and Jaimee Motley. Ate more tacos. 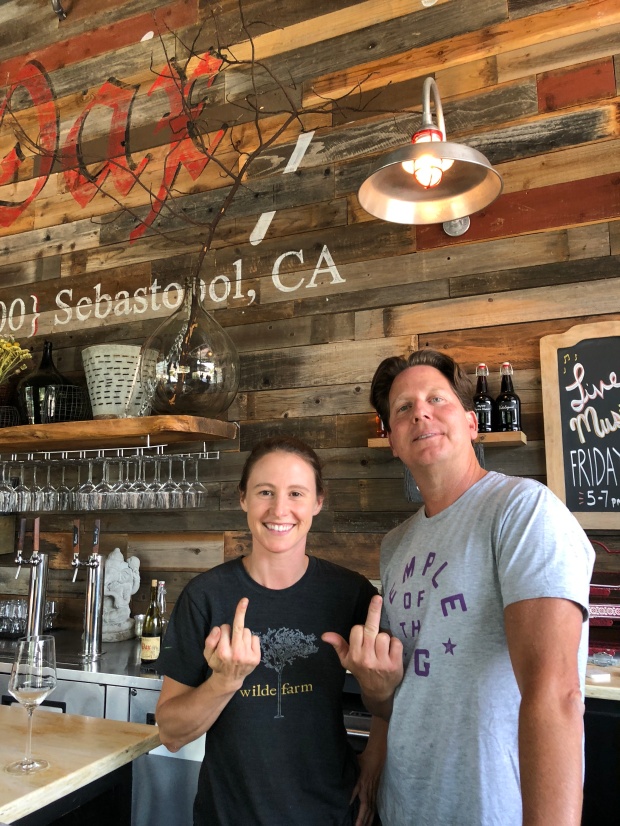 Home for four days, back to Paris on the 6th, then off to Lisbon on the 9th. Explored the city with Krisna Bharvani. Witnessed cork trees being harvested. Ran around Porto for a couple short days. Came home and went to Newport (Rhode Island) for the annual Denig family vacation. Came home and stayed home for a solid month. Summer in NYC is not nearly as bad as people make it out to be. 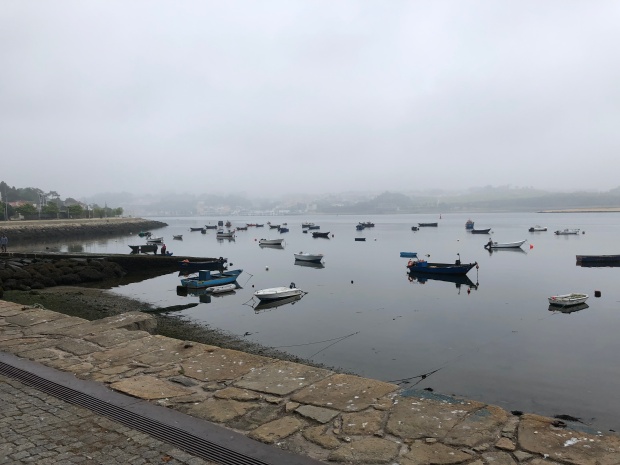 Back to Paris for two short days on the 19th, then to Piedmont, for five debauchery filled days at the Railsback-James wedding festivities. Roomed with Morgan Perry and Pam Wiznitzer in Saluzzo and had the best time. Visited Barolo and Barbaresco. Witnessed the most gorgeous marriage of my life. Partied in a castle with a bunch of NYC wine industry folk. Had a blast. Departed for my winemaking adventure on the 26th.

Arrived in Heraklion Crete to live with the Stilianou family in Crete for three weeks during harvest. Learned so much about farming, Greek culture, and winemaking, all communicated with Giannis in Italian, our only common language. Ran along the Aegean, visited numerous breathtaking beaches. Ate the best home-cooked meals of my life, all adapted into vegetarian alternatives. Watched yia-yia twirl around barefoot to traditional Greek dance music. Finally learned how to slow down and savor the flavors of life. Experienced true humility, generosity, and love. Bawled my eyes out upon leaving. 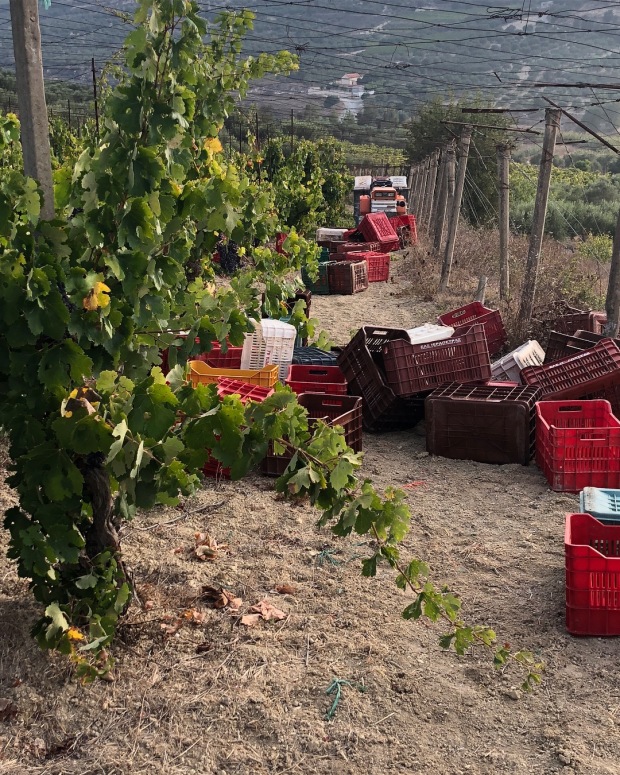 Back to Paris for a few days, as one does, then off to Santiago de Compostela to see the sights of Galicia. Met my homegirl Julia Coney, who taught me all things skin care, the fabulous Cory Weaver, and the delightful Lane Nieset. And Brad Japhe, who I will probably write an entire entry on one of these days. Kneaded bread, harvested clams, got drunk on a boat. Was force fed chocolate desserts by the one and only Marta Burdiel Gutierrez and it was amazing.

Approximately ten days at home, then off to Santa Barbara to stay with the man himself, Raj Parr. Made lifelong friends, including Brenna Quigley, Christina Rasmussen, Abe Schoener, and more. Drank some of my favorite wines this year. Topped of barrels at Sandhi. Ate some of Raj’s homemade cooking, listened to a slew of podcasts, and took many a road trip to pick up fruit. Partied at Jim Clendenen’s ranch, checked out Los Alamos, and crushed grapes with my feet at Drake Whitcraft’s winery. Was truly depressed to leave. 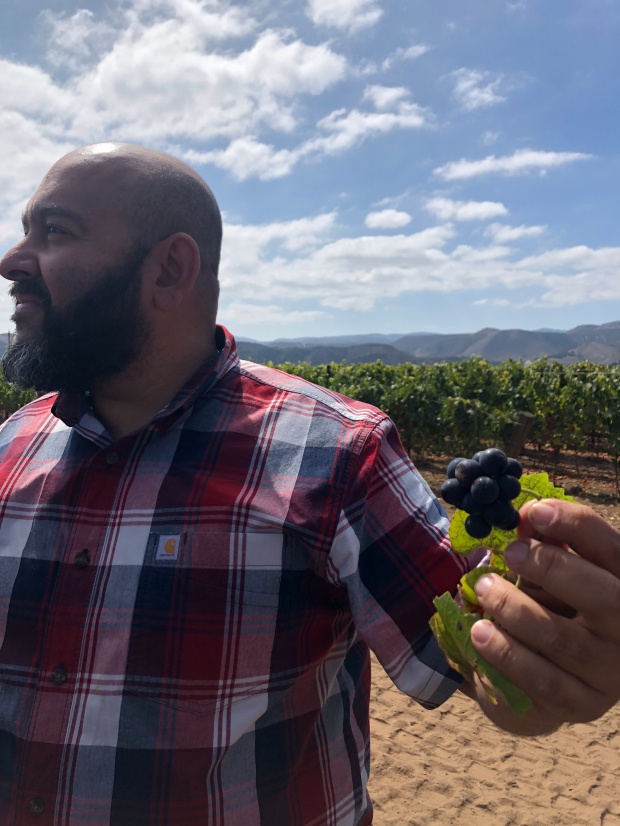 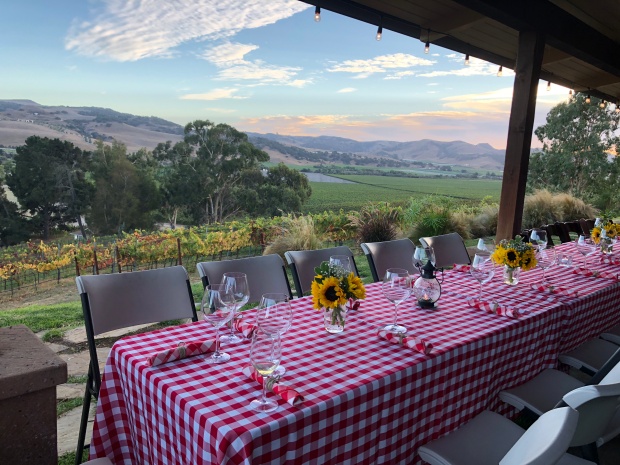 Came home to a big promotion and title change at Verve (not travel related, but very important nonetheless!) Celebrated the launch of Somm III, partied with friends. Headed to Virginia to celebrate Nick Hines birthday with the birthday boy himself. Took a little staycation back in Sunnyside and stayed with Grandma in Queens for a week.

Took my most life-changing trip of the year to Israel from the 4th until the 12th. Had the most exquisite food of my life, including the best hummus, falafel, and street food I’ve ever had. Ran along Tel Aviv’s beaches, partied in its nightclubs, drank my way through cocktail bars. Saw the most mind-blowing historical sites of Jerusalem, rode through the Judean Desert on a 4X4. Floated in the Dead Sea. Met the most amazing group of people, who made the trip all the better. 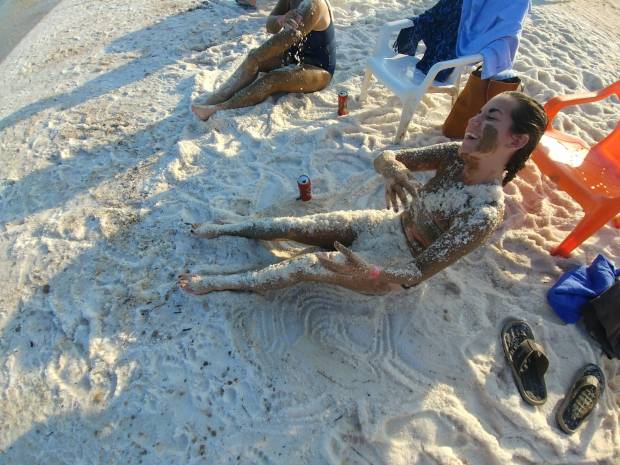 Bought a last minute ticket (the day before, actually) to Bologna on the 26th. Attended the first ever global Amaro Montenegro cocktail competition. Met an amazing group of talented bartenders and traveled through Italy with them. Partied with all of the legends at NU Lounge. Ate too much pizza. Revisited Florence, the first place I ever traveled to in Europe, and felt all of the feelings. Strolled beneath the Christmas lights on via de’ Tornabuoni and kept my hands warm in someone else’s. Continued to eat too much in Rome. Had the time of my life.

Left Italy for Paris and made it just in time to celebrate a friend’s birthday. Drank and ate my way through the weekend, then headed to Bremen to visit another friend. Strolled through the Christmas market, ate lots of potatoes and drank even more cocktails. Headed back to Paris. Wrote a lot, went for a few great runs, and threw a ‘Hanukkah Party’ for three. Ate crepes for lunch and flew home.

Gustave Nadaud said it best: rester, c’est exister; mais voyager, c’est vivre. To stay is to exist, but to travel is to live. To another year of adventures, self-discovery, and copious amounts of food and beverage. Cheers!